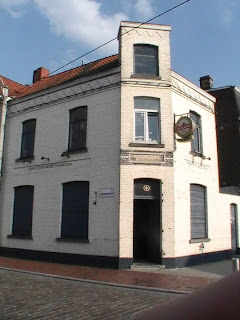 Bringing you fucked up punk'n roll since 1988!!!COME EARLY & RESPECT THE NEIGHBOURHOOD!!!

FILLER
Hardcore punks Filler combine flair with a truckload of edginess and searing melodies that are as comfortable as sandpaper under your armpits. These guys don't let go of you until you've given in. Familiar faces from Justice and Dead Stop.

VACCINE
Vaccine is a straight edge powerviolence band from Massachusetts, made up of current and former members of Think I Care, Glue, Relics, Failures, Orchid and Ampere.

MAKABERT FYND
Makabert Fynd (who have released earlier records on Yellow Dog and Flat Black) play raw, straightforward hardcore in the tradition of old Swedish bands like Asocial and Avskum, but with huge, modern production. Of course these guys also boast Poffen of Totalitär as one of their vocalists, and fans of that band won't be disappointed.

DIGGER & THE PUSSYCATS
You may be asking yourself “Who the fuck are Digger & The Pussycats?”…well they’re two blokes from Australia who’ve been playing trashy rock’n’roll since forming at the start of 2003.
***

DIGGER & THE PUSSYCATS
You may be asking yourself “Who the fuck are Digger & The Pussycats?”…well they’re two blokes from Australia who’ve been playing trashy rock’n’roll since forming at the start of 2003.
***

URBAN WASTE
Urban Waste (active 1981-1985) was a hardcore punk band that was part of the New York renaissance of punk in the early 1980s. Much more raw, visceral, and overtly confrontational than their New York punk predecessors, they were contemporaries of Reagan Youth (of which bass player Andy Apathy was an early member), the earliest incarnation of the Beastie Boys, and the Bad Brains.
***

GIVE
I saw GIVE on tour in San Francisco about a year ago. Like LION OF JUDAH (they were on tour together and I believe they also share members), GIVE draws on a variety of post-hardcore sounds, such as SALAD DAYS- era MINOR THREAT, Revolution Summer acts like RITES OF SPRING, and late 80’s melodic hardcore such as SWIZ. While LION OF JUDAH has a progressive hardcore sound (fast and slow parts and lots of tempo changes breaking them up), GIVE are more melodic and at least on the B-side, a lot poppier. As someone who doesn’t listen to many of the above-mentioned bands, but who enjoys hardcore punk, pop music, and lots in between, I think this is an excellent release with a lot to offer anyone with an interest in these older bands or just an open mind.

NO TOLERANCE
No Tolerance is a Straight Edge Hardcore band from Boston, Massachusetts . Justin DeTore of Mind Eraser is credited on their recordings for doing drums and vocals. The band released a demo which was initially put out on Austin, TX label 540 Records, which is part of bigger Painkiller records. The band’s demo was also released on Edge Day Records. They’re most recent release, an EP entitled “No Remorse, No Tolerance,” was released in late 2011 on Youngblood Records.

Friday 12 october 2012
PICK YOUR SIDE
Pick Your Side is a new studio project band featuring Jeff Beckman of Haymaker/Left For Dead on vocals and Johnny Ibay of Fuck The Facts on guitar.

CRUSADES
Crusades is a melodic punk band from Canada, featuring current/ex-members of Year Zero, The Creeps, Sedatives, The Visitors, Zebrassieres and The Steve Adamyk Band.

HEARTLESS
Well whaddayaknow? The mighty Southern Lord does it again with yet another bad ass, balls to the wall motherfucker which exudes no-nonsense hardcore aggro from every pore.


ABSURDO
Absolutely brilliant Spanish punk. Ferocious and impassioned guitars jangle and and scratch over breakneck hardcore punk delivered with such a delicately precise touch that ABSURDO almost come across as poppy, even though their attack is full throttle throughout. Vocals are snotty and snarled, and the songs are fukkn packed with hooks - fans of early '00s Copenhagen will eat this shit like candy. Fans of good punk rock will eschew such base attempts to woo potential fans and be genuinely and simply wowed by the brilliant jams.
***


CHEAP TIME
A combustive mix of glam rock riffs, power pop melodies, and lots of punk energy, Cheap Time are the brainchild of Jeffrey Novak, a Tennessee native who began playing in punk bands in his teens.
***

P.R.O.B.L.E.M.S.
So the members of this group have been in PIERCED ARROWS, POISON IDEA, RESIST, DEFIANCE, DETESTATION, SEVERED HEAD OF STATE, and about every band to ever come from Portland, but you shouldn’t pick up this rad little two-song picture disc because of what these folks have done in the past. P.R.O.B.L.E.M.S. stands on it’s own merits. The band plays well crafted hardcore punk with a fast and dirty rock n’ roll swagger.